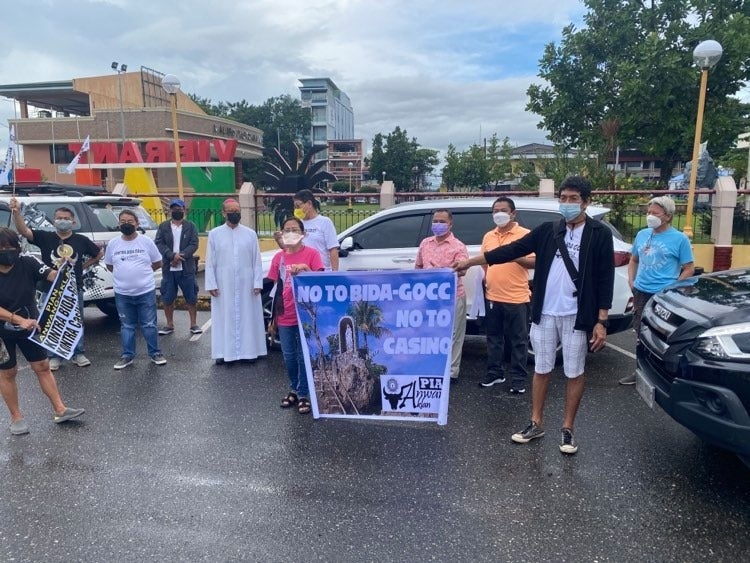 ILOILO CITY—The provincial government of Aklan has asked President Duterte to reconsider his decision to allow the operation of casinos in Boracay, as it cited the “vehement opposition” of Aklanons to gambling in the resort island in Malay town.

In a resolution passed during its regular session on Sept. 27, the provincial board said the declaration of the President allowing casinos in Boracay “elicited and ignited unified hostile reactions from among the people of Aklan through multisectoral condemnation …”

It said the reactions portrayed the “inutility of the national government—not nation—in finding wholesome and moral means in generating revenues for the country [and] only resorting to cheap and immoral means of uplifting the national economy and protecting its people from the onslaught of the pandemic.”

Duterte announced on Aug. 27 that he would allow casinos to operate on the island to help generate funds for the government’s pandemic response.

The pronouncement was a reversal of his statements in 2018 when the island was ordered closed to tourists from April 26 to Oct. 25 that year so it could undergo rehabilitation.

The provincial board also cited the opposition of the Diocese of Kalibo led by Bishop Jose Corazon Tala-oc who issued a pastoral letter against all forms of gambling in the province.

“Boracay is God’s gift to Aklan and to the whole world. It has become a family destination, a venue for educational advancement and entrepreneurship. It offers a wider avenue for employment, a good source of livelihood for our people and revenues for the government. There is so much that Boracay Island can offer because it is already a paradise,” Tala-oc said in his pastoral letter.

Aklanons have started holding protest actions against casino operations on the island.

On Saturday, hundreds joined a 65-vehicle caravan from the capital town of Kalibo to Barangay Caticlan in Malay. The caravan, led by priests and former seminarians, was supported by religious groups and local officials.

It was also staged to protest the creation of the Boracay Island Development Authority (Bida) that would function as a government-owned and -controlled corporation which would manage the island.

The House of Representatives earlier this month passed House Bill No. 9286, which creates a corporate Bida that would manage Boracay Island.

The provincial board and municipal councils of Malay and other towns in Aklan have passed separate resolutions opposing the bill.

Don’t miss out on the latest news and information.

At 56, Elizabeth Hurley’s Toned Abs Rule The Beach In A New Bikini Pic

Orange and yellow rainfall warnings up over parts of Palawan