Drivers take stock of NASCAR’s Year of the Road Course

The year of NASCAR road course racing is almost complete. With last Sunday’s race at Indianapolis Motor Speedway, six of the seven road course races on this year’s schedule are now in the books, and some drivers have had their fill.

It’s not as if turning left and right is a new concept. For the longest time, the Cup Series garage only had to worry about Sonoma and Watkins Glen, then in 2018, a third, unique one was added with the Charlotte Roval. Going from three to seven road courses and having six of them in the regular season was a pre-season headline.

Now that the series has made it through the bulk of them, the question is whether it’s been a nice change of pace or brought on road course fatigue. And the answer, as you might expect, fell across a wide range of views.

Round of 12 grid takes shape heading into elimination race

Erik Jones: “Being honest, growing up, I had no interest in being a road course racer, I wanted to race ovals, and obviously that’s changing in NASCAR quickly. We’re doing a lot of it. I enjoy it. It’s something I’ve worked at to get better at and feel like I have, but it’s definitely a lot. Seven road course races is a lot. It’s hard on the drivers physically, and it’s hard on the teams just having that many cars ready to go, but I enjoy it.”

Martin Truex Jr.: “It’s been fun. We’ve enjoyed them a lot. We’ve been really competitive in all of them but lacking that win, though. I really thought coming into this year all of the road courses would be good to us, and I feel like they have from a points standpoint for sure, but just haven’t quite been able to get that win.”

William Byron: “I don’t feel like we need more of them; I think seven is plenty. I think the Next Gen car is going to make the road courses better as a driver. It might be a little more spread because they’re going to be easier to drive. I feel like the cars right now are really hard to drive — there is a lot of brake lock-up, the cars don’t stop well, they don’t turn well, so you see a lot of accidents. Next year you might see less of that because the car is going to be easier to brake and shift, and you won’t have as many mechanical issues.” 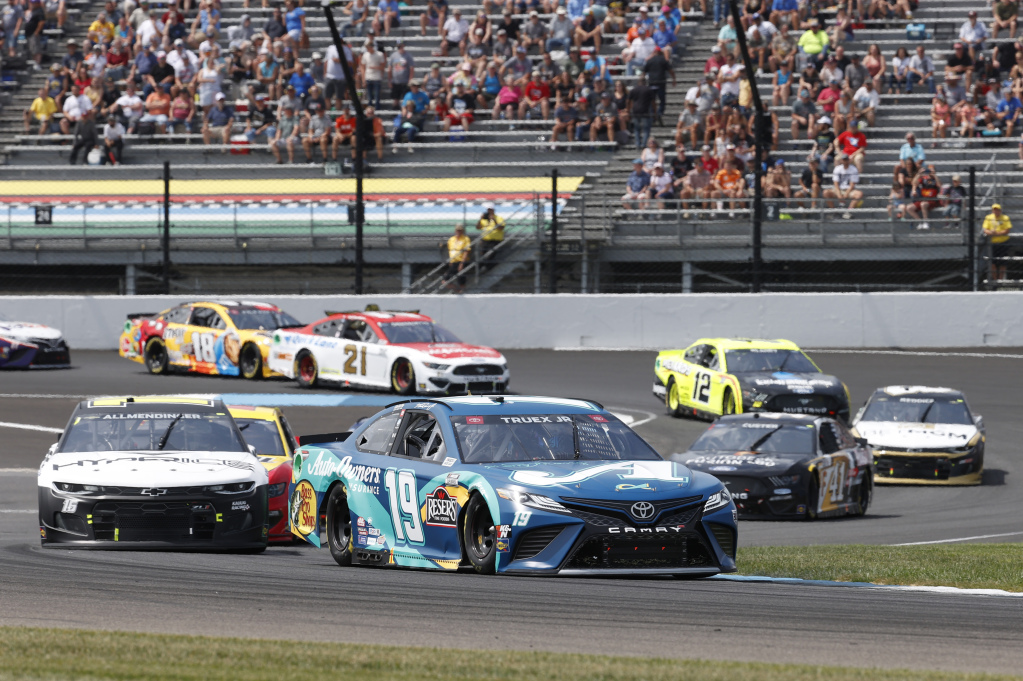 Drivers hope the coming Next Gen Cup car will be better suited for road racing than the current version. Matthew Thacker/Motorsport Images

Chris Buescher: “It’s a little bit too much, and I’m a road course fan. I enjoy doing it four or five times a year, but this is enough — and it may be a little bit on the high side for my liking. I feel like the majority of drivers would say the same thing. Then we got a handful of people that are really good on the road course and would probably like to run more. I’m a short track racer by trade; that’s what I grew up doing and want to do more. (But) we’re coming back around and getting a pretty good revamp here, and road courses are a little bit more along that style. But I would definitely prefer more short tracks and no more road courses. I can handle this amount — it’s on the top end, but I don’t want to keep adding more.”

Kyle Larson: “We’ve been good on them, so I like it. But I think we would have been good on ovals as well. I was honestly a little bit nervous about it before the season started just because I hadn’t won any road course races yet, and never really challenged for a win at one. But Hendrick Motorsports has really good equipment, and it’s made the road courses more enjoyable than I thought I would have on them. It’s been fun.”

Matt DiBenedetto: “I love them; I’d run road courses every week and for a career, honestly. I enjoy it. I would enjoy it more if…

How many countries and territories around the world now have golf? The answer

Team Hezeberg, based in The Netherlands, to enter NASCAR Cup Series with