Policy changes touted by energy ministries and politicians in Vietnam, Indonesia, the Philippines and Bangladesh could mean just 25 gigawatts of new coal-power projects will remain in pre-construction planning stages in 2021.

That is an 80 per cent reduction from the 125GW planned five years ago, according to a report from the Global Energy Monitor.

The U-turns are in line with similar cancellations in India, where planned coal projects will fall to 30GW, from 238GW in 2015.

“Taken together, the cancellations are a major blow to coal’s hopes in Asia,” the GEM, a non-profit organisation, said in a new report reviewed by the Financial Times.

Among the important policy changes driving the changes is Vietnam’s new energy plan, expected early next year. The plan aims to help one of Asia’s fastest-growing developing economies transition away from foreign-funded coal-power producers and towards liquefied natural gas and renewables. In Bangladesh, a policy to scrap all future coal plants is up for the prime minister’s approval.

While the moves are spurring hopes over the region’s long-term transition away from fossil fuels, they came against a backdrop of signs of increased coal use in the near-term.

Prices for thermal coal — used in electricity generation — have surged over recent months amid strong demand from China, India, South Korea and Japan. And the International Energy Agency this month forecast an increase in global coal demand in 2021 as rising use of the fossil fuel in parts of Asia offsets declines in other parts of the world.

However, GEM analysts noted that remaining coal projects face an “ever shrinking” landscape for attracting investment.

Traditional lenders from Japan, South Korea and Singapore have accounted for nearly half the $52bn in coal power finance in Vietnam, Indonesia, the Philippines and Bangladesh since 2015.

But public and private institutions across the three countries, which are under mounting pressure from international environmental activists and foreign investors, are slowly cutting their connections to carbon-intensive power and mining projects. 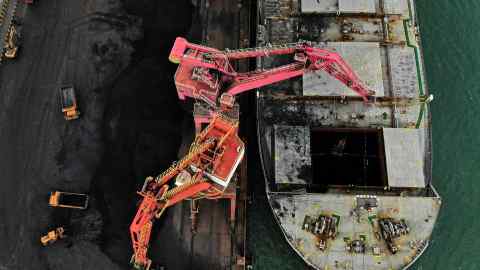 There is concern though that Chinese groups — already responsible for about 30 per cent of that $52bn — will step in to fill the void, given Beijing’s lack of regulations linked to controlling finance for foreign coal projects.

“As Singapore, Japan, and South Korea reel in their coal plant financing, south and south-east Asian countries may instead look to Chinese banks, which have increasingly played the role of lender of last resort for coal,” GEM said.

However, there is hope among some environmentalists that Beijing, too, will change tack and align its foreign coal investments with domestic promises after President Xi Jinping this year pledged that China would be carbon neutral by 2060.

And a study backed by China’s environmental ministry has discouraged banks from supporting projects that harm the environment as part of Mr Xi’s Belt and Road, the world’s largest infrastructure investment programme, fuelling optimism.

Energy is the world’s…

When Southeast Asians came to Iowa

How Asian Countries Are Keeping Covid-19 Under Control

After Years of Chinese Influence, U.S. Tries to Renew Ties in Southeast Asia

Once Asia’s top performer, the Thai baht is now becoming the region’s…